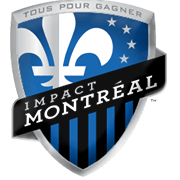 Maximiliano Urruti is an Argentine footballer who was born in Rosario on February 22, 1991. Urruti is the product of Newell’s Old Boys youth school and he continued playing for the Argentine club at senior level. After scoring 12 goals in 57 appearances in the league for Newell’s, the prolific striker joined Toronto FC on August 16, 2013, making his MLS debut two days later.

Maximiliano Urruti played for the likes of Portland Timbers and FC Dallas as well before joining Montreal Impact in 2019. On March 3, 2019, he played his first match for the Canadians against San Jose Earthquakes. Despite producing fine performances in the Major League Soccer, Urruti has yet to make his debut for the Argentina national team.

His main position is centre forward, but he is capable of playing as an attacking midfielder as well. His contract with Montreal Impact should expire on December 31, 2020. It has to be noted that he won the MLS Cup with Portland Timbers in 2015.

Orlando City are a member of the Eastern Conference in Major League Soccer. The Lions have been participating in the major league since 2015 and they host their rivals at Orlando City Stadium. The venue was opened in February, 2017 and the construction of the stadium cost $155 million. Orlando City finished the 2015 MLS season in seventh place in the Eastern Conference and they failed to make it to the play-offs in the 2016 season as well (8th place).

Brazilian ace Kaka is undisputedly the club’s most famous player and the former Real Madrid and Milan man became the highest-paid player in MLS history. His base salary was $6.6 million per year and it has to be noted that the Brazilian superstar found the net on his Orlando City debut against FC Dallas (friendly). Orlando City’s home kit is violet, while they wear white and violet shirts and white socks on the travels. The club’s official mascot is Kingston the Lion.

AS Roma vs Udinese Prediction

Published on Sep 20
Odds are subject to change