Free Bets
Montijo vs Braga Prediction was posted on: December 7, 2020 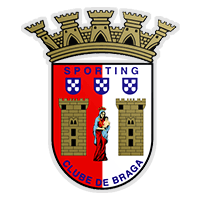 Braga are a Portuguese club that have always been in the shadow of Primeira Liga giants Porto, Benfica and Sporting. Os Minhotos were founded on 19 January, 1921 and they originally played in green and white kits. After the World War II they changed their kits to red and they have been wearing red shirts and white shorts ever since.

Braga play their home games at Estadio Municipal de Braga, the stadium that was opened in December, 2003. Os Minhotos have yet to win the Primeira Liga title, but they finished the 2009/2010 campaign in second position in the standings, just five points behind champions Benfica.

In 2011 Braga participated in the Europa League final, but fellow Portuguese outfit Porto proved to be a big catch for Os Minhotos. Anyhow, that is regarded as the club’s biggest success. Vitoria de Guimaraes are considered Braga’s bitter rivals and the two teams face each other in the Minho derby.

Published on Jan 20
Odds are subject to change