Free Bets
Hamilton vs Kilmarnock Prediction was posted on: December 2, 2020 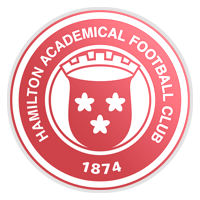 In 2016 he made seven appearances in the league during his loan spell with Clyde. McMann, who represented both Scotland U16 and U17 teams in the past, wears the number 3 on his shirt. The right-footed defender made his Scotland Premier League debut with Hamilton in a 1-0 win over St Mirren on May 23, 2015.

The Scottish footballer scored his first goal for the club in a 3-1 win at Clyde in the League Cup on July 17, 2019. Scott McMann wears the number 3 jersey at Hamilton Academical.

Founded on January 5, 1869, Kilmarnock are the oldest professional club in Scotland. The Killie welcome their opponents at Rugby Park, the stadium with the artificial turf. The venue, which was opened back in August 1899, can hold up to 17,889 people.

Kilmarnock won their first and only Scotland Premier League trophy in the 1964/65 season despite being level on points with Hearts at the end of the season. Fellow Ayrshire club Ayr United are considered the Killie’s bitterest rivals. The two teams have been facing each other in the Ayrshire derby since September 1910.

Dark blue is the dominant colour of the club’s home kit, while Kilmarnock footballers wear yellow and blues kit when playing on the travels. The Killie recorded their biggest win back in 1896, with the team beating Saltcoats Victoria 13-2 in the second round of the Scottish Qualifying Cup. The club suffered their biggest defeat in August 1938 as they were hammered by Celtic 9-1 in the Scottish League Division.

Published on May 14
Odds are subject to change