Free Bets
Sabadell vs Alcorcon Prediction was posted on: December 8, 2020 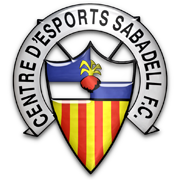 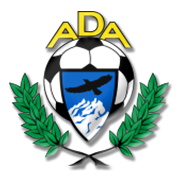 Aleix Coch is a Spanish defender who plays for Sabadell in Segunda Division. After spending his youth career at the likes of Cusa La Granja, Espanyol, Reus, and Gimnastic, Coch started playing for Pobla Mafumet at senior level.

After scoring five goals in 60 league appearances for the club, he returned to his boyhood club Gimnastic in 2010. Aleix Coach played for Hospitalet and Badalona as well before moving to his current club Sabadell in 2017. The 185-cm tall centre-back made his Sabadell debut on August 20, 2017 in a goalless draw with Elche.

He scored his first goal for the club in a 1-1 draw with Formentera three months later. His main position is centre-back, but coaches use him as a right-back as well. The right-footed footballer has a contract with Sabadell until June 30, 2021. Aleix Coch was born in Tarragona on October 18, 1991.

Founded on July 20, 1971, Alcorcon have been competing in Segunda Division since the 2010/11 season. Los Alfareros welcome their rivals at Santo Domingo, the stadium opened in 1999. The venue has the capacity of 5,100 people. Alcorcon have made it to the Segunda Division playoffs on several occasions, but they have never participated in La Liga.

The club’s biggest success in Copa del rey came in the 2009/10 season when they made it to the last 16 of the prestigious competition. Alcorcon suffered a 3-2 (on agg.) loss to Racing Santander in the round of 16. The club’s home colour is yellow, while their away kit is mainly blue.

Los Alfareros played their first official game on September 8, 1971, with the team losing 2-0 to Atletico Madrid youth team. The likes of Cordoba and Leganes are regarded as the club’s main rivals, while David Rodriguez is the club’s all-time top goalscorer.

Published on May 8
Odds are subject to change