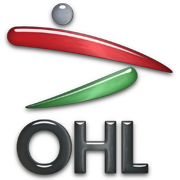 Simon Luc Hildebert Mignolet is a Belgium goalkeeper born on 6 March 1988 in Sint-Truiden. He began his career in a club from his hometown, making 100 league appearances for Sint-Truidense before moving to Sunderland in 2010.

Mignolet would go on to spent next four years at the Stadium of Light, making 90 Premier League appearances. As one of world’s most talented goalkeepers, the Belgium international signed for Liverpool in the summer of 2013, and he has since been the club’s first choice goalkeeper. Performing admirably most of the time, but also committing cheap mistakes at times, Mignolet has yet to win over the Liverpool fans, but remains highly regarded in his native country.

The talented shot-stopper has been a member of the Belgium national team since 2011, earning over 20 caps for the Red Devils, but he has been playing second fiddle to Chelsea star Thibaut Courtois over the last few years.

Published on Mar 7
Odds are subject to change