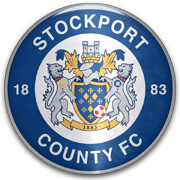 In the summer of 2016 Payne moved to Huddersfield Town in a three-year deal, making his debut for the Terriers in a 2-1 win over Brentford on August 6, 2016. The English footballer spent a couple of seasons on loan at Oxford United, Blackburn Rovers and Bradford City before signing a permanent deal with Lincoln City on a free transfer.in July 3, 2019.

Jack Payne made his Lincoln debut in a 2-0 win over Accrington Stanley on August 3, 2019. His main position is attacking midfield, but he is used as central midfielder and second striker as well. His preferred foot is left and he wears a No. 10 shirt.

Founded by Reverend William Pitt of Liddington in 1879, Swindon Town are an English football club which compete in the League Two. The Robins welcome their rivals at County Ground, the stadium which can hold up to 15,728 spectators (all-seated), with the team wearing red shirts and white shorts when playing at home.

Gray is the dominant colour of the club which turned professional in 1894. Oxford United are considered the team’s main rivals, but the Robins have rivalries with Bristol City, Bristol Rovers, and Reading as well. In 1969 Swindon Town did remarkably well to win the English League Cup, with the team beating Arsenal 3-1 in the title game at Wembley Stadium.

John Trollope is the club’s player with most appearances as he played 889 first-team games from 1960 to 1980. Premier League attacker Charlie Austin is one of the most notable footballers who played for Swindon Town in the past.