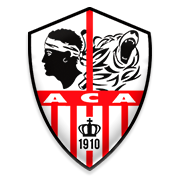 Thomas Monconduit is a product of Auxerre football academy. The midfielder made a great progress during his spell with the Stade de l’Abbe-Deschamps outfit and continued playing for the club at senior level. Monconduit scored three goals in 63 appearances for Auxerre II and he played 42 games for the first team from 2012 to 2014.

In 2015 he joined Amiens and you should bear in mind that the 178-cm-tall midfielder made 36 appearances for les Licornes in the 2016/2017 Ligue 2 campaign. Amiens finished the season in second place in the standings and, as a result, they secured promotion to the French top flight. Thomas Monconduit scored three goals during the season and, no doubt, he played a very important role in Christophe Pelissier’s team in the 2016/2017 season.

His main position is central midfield, but he is capable of playing as a defensive midfielder as well. Thomas Monconduit has a contract with Amiens which expires on June 30, 2018 and his preferred foot is right. Louis DENOLLE is the player’s agent.

Founded back in 1926, Lorient is a French football club that competes in Ligue 1. Les Merlus have yet to win the Ligue 1 trophy, but they did well to go all the way in the Coupe de France in the 2001/02 season. In the title game, Lorient defeated Bastia thanks to Jean-Claude Darcheville’s goal.

The same season les Merlus made it to the Coupe de la Ligue final, but Bordeaux proved to be a big catch (0-3) for them in the title game. Lorient welcome their rivals at Stade du Moustoir, the stadium which can hold up to 16,392 spectators. The colour of the team’s home shirt is orange with a little black on it, while white is the dominant colour of their away jersey. In the 2002/03 season Lorient represented France in European competitions.

Les Merlus, though, failed to impress on their debut in the UEFA Cup as they were beaten by Denizlispor in the round 1 double-header.