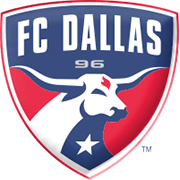 Sporting Kansas City have been competing in Major League Soccer since 1996 and they won their first MLS Cup trophy in 2000. The club faced Chicago Fire at Robert F. Kennedy Memorial Stadium in Washington in the play-offs final and Miklos Jon Molnar scored the winner for Bob Gansler’s team. 13 years later Sporting Kansas City met with Solt Lake in the title game and they were fortunate to defeat the Royals on penalties.

The Wizards welcome their rivals at Children’s Mercy Park, but they used to play some games at Blue Valley Sports Complex, Julian Field, Hermann Stadium and Durwood Soccer Stadium in the past as well. Sporting Kansas City were founded in 1995 and the club’s original name was Kansas City Wiz.

The Wizards wear navy blue shirts and dark blue shorts when playing at home, while the colour of their away kit is blue. Former Wigan Athletic man Roger Espinosa is regarded as one of the club’s most notable players and he has been playing for the Children’s Mercy Park outfit since 2015.