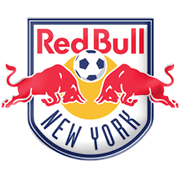 Daniel Royer is an Austrian winger who was born in Schladming on May 22, 1990. After starting his youth career at local club Schladming, Royer moved to Sturm Graz in 2004. Five years later the 175-cm-tall footballer began his senior career at Pashing and after scoring 6 goals in 25 appearances for the club, he moved to Ried.

Daniel Royer played for the likes of Hannover, Koln, Austria Wien and Midtjylland as well before joining New York Red Bulls in 2016. In the 2017 MLS season the Austria international established himself as a first-team regular, scoring no less than 12 goals in the process.

Speaking of his international career, Royer made his Austria debut on June 3, 2011, replacing Martin Harnik in the EURO 2012 qualifier against Germany. Daniel Royer’s main position is left winger, but is used as a right winger as well. It has to be noted that the Austria international doesn’t have a preferred foot.

Founded in 2009, Portland Timbers is a soccer club based in Portland, Oregon. The Timbers are well known for their green kit and their secondary colours are red and black. Portland welcome their opponents at Providence Park and the capacity of their home ground is 21.144.

The club hold a long-running rivalry with Seattle Sounders as the two clubs used to face each other in the North American Soccer League. In 2015 Portland Timbers did remarkably well to win the MLS Cup and that is considered the club’s biggest success.

The Timbers defeated Columbus Crew in the final of the tournament and it has to be noted that the title game was hosted by Mapfre Stadium (Columbus).

Former Premier League footballer Liam Ridgewell played for Portland in the 2015 MLS Cup final against Columbus Crew. Speaking of the club’s supporters, you should have in mind that the Timbers sold out almost every home game in the MLS. Portland’s main supporters group is the Timbers Army.