Free Bets
Albacete vs Lugo Prediction was posted on: January 24, 2023 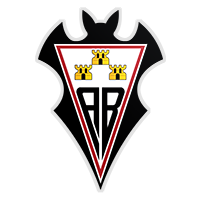 Moctar Sidi el Hacen is a Mauritania international, who started his youth career at ASAC Concorde. In 2014 he moved to Spanish side Levante, but it has to be noted that he made no more than two appearances for los Levantinos in La Liga.

El Hacen joined fellow Spanish team Real Valladolid in 2018, but at the start of his spell with la Pucela he played for the reserve team. The Mauritanian footballer made his La Liga debut for the senior team in the 2018/2019 season in a 1-0 win over Girona. Moctar Sidi el Hacen started pretty early with his international career, making seven appearances for the Mauritania national team before the age of 16.

El Hacen made his Mauritania debut in a goalless draw with Gambia on March 2, 2013. The Real Valladolid player was born in Nouakchott (Mauritania) on December 31, 1997 and his main position is central midfield.

Based in the autonomous community of Galicia, CD Lugo is a Spanish football club that plays in Segunda Division. Despite being founded back on June 16, 1953, Lugo have never competed in the Spanish top flight. The club’s best result in Segunda division came in the 2016/17 season when they finished 9th.

Los Albivermellos wear red shirts with white stripes when playing at home, whereas white and blue are the dominant colours of the club’s away kit. CD Lugo played their first official game on September 13, 1953, with the team beating Pontevedra 3-1. Ponferradina are seen as the club’s fiercest rivals, with the two teams facing each other in Derbi de los Ancares.

The likes of Samuel Galindo, Serge Leuko, Ivan Zarandona, Ramon Azeez, Angel Guirado, Fabri, Fernando Seoane, Jose Juan, and Diego Lopez are some of the famous footballers who played for the club in the past. Anxo Carro, the stadium with the capacity of 7,070 is the club’s home ground.