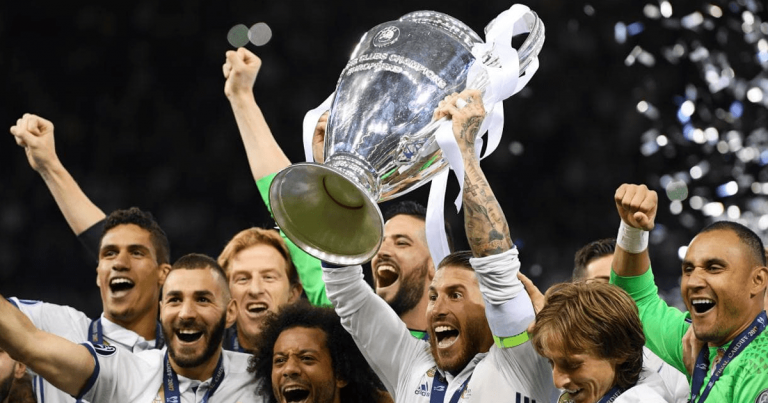 Yet another entertaining Champions League campaign is ahead of us. Each and every European giant is determined to put an end to Real Madrid’s dominance in the prestigious competition, but that is easier said than done.

Despite failing to impress in group games against Olympique Lyon, Manchester City eventually made it to the Champions League knockout stages. Over the years the Citizens have established themselves as one of the dominant forces in the Premier League, but they are still eyeing their first ever Champions League trophy. The good news for Man City fans is that important midfielder Kevin de Bruyne has overcome his long-term injury, but the English champions will have to be at their sharpest in the knockout stages of the elite competition if they are to win the title. Anyhow, they are considered hot favourites to eliminate Schalke 04 in the last 16 as die Knappen sit in the danger zone in the Bundesliga standings.

Barcelona are once again seen as one of main favourites to win the Champions League trophy. The Catalan giants have been producing fine performances in all competitions this season and seeing that duo Luis Suarez – Leo Messi looks unstoppable at the moment, the La Liga title holders are widely expected to beat Olympique Lyon in the knockout stages of the Champions League. Barca chiefs decided to sign experienced attacker Kevin-Prince Boateng in the January transfer window, but it remains to be seen if the former Sassuolo man is going to help the club improve their game.

Fellow La Liga sides Real Madrid and Atletico Madrid have big ambitions for the 2018/2019 Champions League campaign as well, but seeing that Cristiano Ronaldo has been sorely missed in all competitions this season, we do not believe that Santiago Solari’s men are going to win their fourth consecutive Champions League trophy. Los Rojiblancos, on the other hand, are still without important attacker Diego Costa, but seeing that they have been producing fine showings in all competitions this term, Diego Simeone’s men should not be underestimated. Anyhow, Real Madrid and Atletico Madrid will have a big fish to fry against Ajax, who seem to be on top of their game at the moment, and Serie A giants Juventus respectively.

Speaking of Juve, many people believe that the time has come for the Old Lady to win their first Champions League trophy since 1996, but they will have to prove their worth on the field. All eyes will be on Cristiano Ronaldo when the Italian side face Atletico Madrid in the last 16 of the elite competition, but the upcoming two-legged tie will be anything but a walk in the park for Max Allegri’s men.

PSG aim to go all the way in the Champions League this season as well. Coach Thomas Tuchel did well to rest key players in the national championship and it is more than obvious that the club’s main goal this season is to win the prestigious competition. Kylian Mbappe is in the form of his life, but both Neymar and Cavani will have to find their best form as well if les Parisiens are to clinch their first ever Champions League trophy.

Published on Apr 17
Odds are subject to change