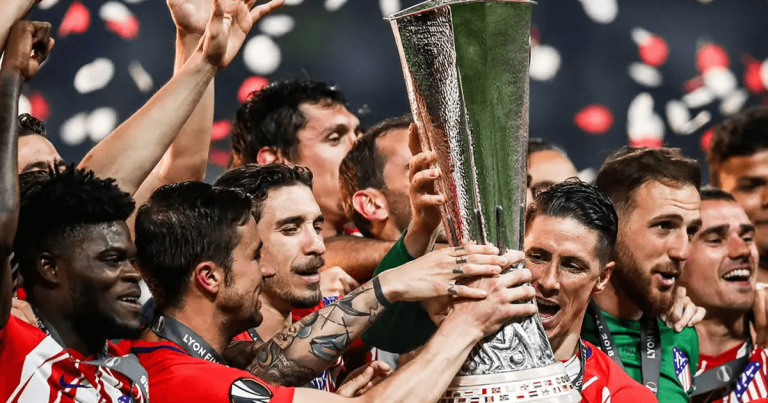 Europa League has always been in the Champions League’s shadow, but it seems as if the second best European competition is undisputedly looking the strongest it has ever been since the format of the competition.

Spanish sides won four of last five Europa League titles, but this time out Premier League teams are considered hot favourites to lift the trophy.
Chelsea have been producing fine displays in all competitions ever since Maurizio Sarri took over the reins and seeing that they have slim chances of winning the Premier League title, the Blues are likely to fight tooth and nail in each and every match in the Europa League knockout stages. The good news for Chelsea fans is that January signing Gonzalo Higuain can represent the English club in the last 32 of the Europa League where they face Malmo of Sweden.

Arsenal impressed in the group stages of the competition as well and considering that Unai Emery is doing a great job with the Gunners, it is no surprise they are seen as one of main favourites to win the Europa League title. Pierre-Emerick Aubameyang just can’t stop scoring and all eyes will be on the former Borussia Dortmund attacker when the Premier League side take on BATE Borisov in the double-header.

Sevilla are enjoying a very successful season as well. The La Liga team have been producing splendid performances under new coach Pablo Machin and the fact that they outplayed Barcelona 2-0 in the Copa del Rey quarter-finals, first leg, is surely giving fans a reason for optimism ahead of the two-legged tie against Lazio. It is well known that Sevilla have already won five Europa League titles in the 21st century.

Napoli were on the verge of booking their place in the Champions League last 16, but they eventually suffered a 1-0 loss to Liverpool at Anfield in the decided and failed to book their place in the knockout stages in the elite competition. The Partenopei aim to put an end to Juve’s dominance in the Serie A, but they want to go all the way in the Europa League this season as well. Seeing that Carlo Ancelotti has a number of top-class players to choose from, the Neapolitans are definitely capable of winning their first Europa League trophy since 1989 (UEFA Cup).

Aforementioned Lazio have big ambitions for the 2018/2019 Europa League campaign as well, but they face an uphill task in the tie against Sevilla. Anyhow, Ciro Immobile and Co. should not be written off just yet. Fellow Italian side Inter are considered hot favourites to beat Rapid Wien in the last 32 of the Europa League, but they will have to be at their sharpest in the knockout stages if they are to win the title.

The likes of Valencia, Eintracht Frankfurt, Benfica, Red Bull Salzburg and Zenit are the teams who are capable of playing an important role in the Europa League knockout stages as well. Anyhow, a number of interesting fixtures are on the horizon.

Published on Apr 22
Odds are subject to change