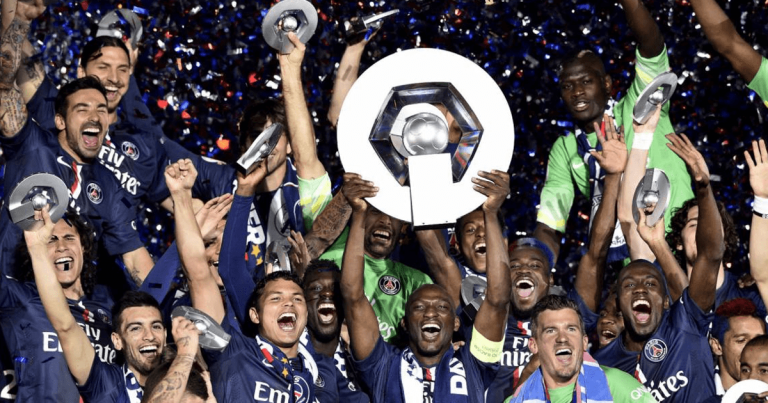 Paris Saint-Germain are leading the chase for yet another Ligue 1 trophy, but the race for a place in European competitions will be more than interesting.

As expected, star-studded PSG are on the right track to defend their Ligue 1 trophy. Despite the fact that coach Thomas Tuchel sticks to his rotation policy les Parisiens are ten points clear of second-placed Lille and it is more than obvious that the title holders will be fully focused on the Champions League knockout stages in the remainder of the season. Anyhow, Thomas Tuchel’s men will give their best to get their job done in the national championship as soon as possible so they could go all guns blazing at their rivals in the elite competition.

Olympique Lyon are unlikely to put an end to PSG’s dominance in the Ligue 1, but they are widely expected to book their place in the Champions League. Pacey attacker Mariano Diaz has been sorely missed in the 2018/2019 season, but coach Bruno Genesio has a number of high-profile footballers to choose from who are definitely capable of helping les Gones make it to the elite competition. Olympique Lyon are still playing on three fronts, but seeing that they are considered big underdogs in the Champions League double-header against Barcelona, Bruno Genesio’s troops are likely to secure a top-three finish in the French top flight.

Lille have been playing above expectations in the 2018/2019 season, with the team sitting in second place in the standings ahead of the trip to Guingamp. Les Dogues are determined to book their place in the Champions League and they will give 100% to take advantage of the fact that Olympique Marseille are not enjoying a season to remember. Teamwork is the word that describes Christophe Galtier’s team and we are positive that they are going to secure a top-three finish.

Aforementioned Olympique Marseille did well to sign experienced attacker Mario Balotelli on loan in the January transfer window, but that did not help them find their best form. OM have been slipping down the standings week by week and, as things stand now, they are unlikely to represent France in the Champions League next season.

Saint-Etienne, on the other hand, have been producing fine performances in the 2018/2019 season and they are widely expected to book their place in European competitions. Les Verts are a real force to be reckoned with at home, but they will have to improve their away record if they are to secure a top-five finish. The likes of Montpellier, Strasbourg, Nice and Reims are eyeing a place in the Europa League as well.

Monaco are considered the biggest disappointment of the season, but seeing that the club chiefs signed the likes of Cesc Fabregas and Gelson Martins in the January transfer window, les Rouges et Blancs are likely to secure the Ligue 1 survival. Guingamp, on the other hand, are having a season to forget and they have slim chances of avoiding relegation to the Ligue 2. The likes of Dijon, Caen and Amiens could find it hard to survive in the French elite division as well.

Published on Jun 23
Odds are subject to change