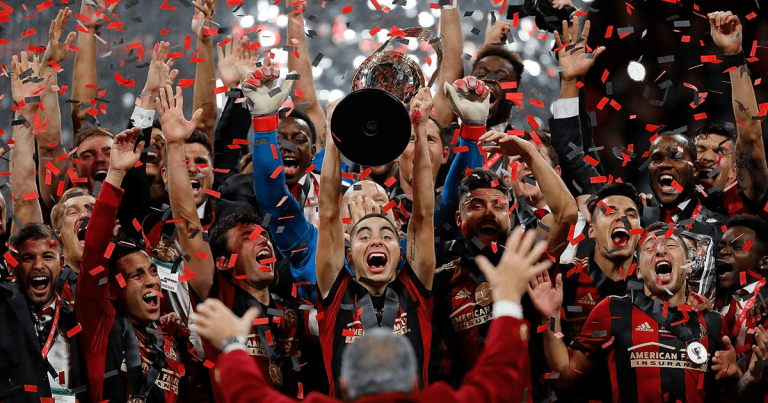 Yet another entertaining season in MLS is ahead of us. Atlanta United are on a quest to defend their trophy, but fellow contenders for the title New York Red Bulls, Los Angeles Galaxy and New York City should not be written off just yet.

Despite being founded in April, 2014, Atlanta United have already established themselves as a top-table side in Major League Soccer. The Five Stripes did well to win the MLS Cup last season, with the team beating Portland Timbers in the title game, but it is much easier to win the trophy than to defend one. Dion Pereira, Pity Martinez and Florentin Pogba joined the club in the transfer window and the good news is that the club chiefs managed to keep hold of last season’s top scorer Josef Martinez. New coach Frank de Boer has a number of top-class players to choose from and it is no surprise Atlanta are considered favourites to win the 2019 MLS Cup.

New York Red Bulls, on the other hand, suffered elimination in the semi-finals of the MLS play-offs last term, with the team losing to Atlanta United in the two-legged tie. The Metros aim to go all the way in the Major Soccer League this season and, as always, experienced attacker Bradley Wright-Phillips will be the man to watch in Chris Armas’ team. The likes of Amro Tarek, Marcus Epps and Omir Fernandez joined the club and, no doubt, New York Red Bulls will play an important role in the upcoming season.

New York City start life without David Villa, who moved to Japan, but his replacement Alexandru Mitrita is expected to shine in the 2019 MLS season. The club owners did well to reinforce to squad, but it remains to be seen if coach Domenec Torrent is going to put the pieces of the puzzle together. New York City are a real force to be reckoned with at home, but they will have to improve their away record if they are to record a good result in the Major League Soccer this time out.

Los Angeles Galaxy have been producing fine displays in MLS ever since Zlatan Ibrahimovic signed for the club. The Swedish veteran impressed in the 2018 season (22 goals), but LA Galaxy eventually failed to book their place in the play-offs. The team’s main goal for the upcoming season is to secure a top-six finish in the Western Conference and it remains to be seen if new signings Juninho and Matt Lampson are going to help the team turn the dream into reality.

Los Angeles FC should not be underestimated as they reinforced the squad as well. Carlos Vela is still part of the team, meaning that Bob Bradley’s men could be one of the biggest surprises of the season.

Anyhow, the time has come for the new MLS season to start and we are positive that, as before, there will be a number of football festivals and beautiful goals in each and every round.

Check out our MLS Predictions for all upcoming matches.