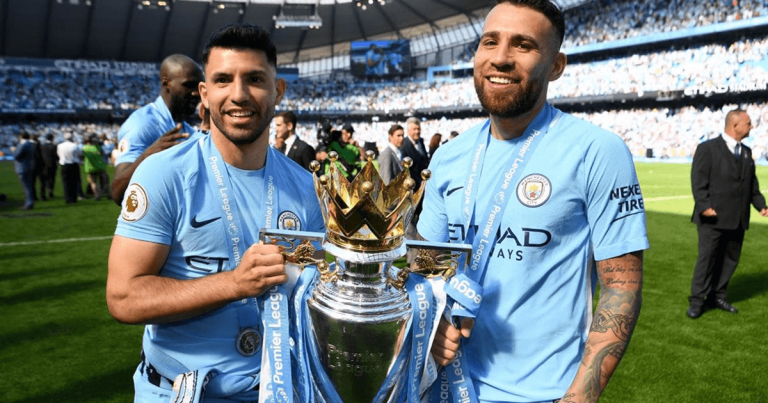 Premier League is once again a two-horse race. Liverpool and Manchester City have been the dominant forces in the 2018/2019 season so far, but Tottenham should not be written off just yet.

Liverpool impressed in the first half of the season, with the team finishing the process without a single defeat. Jurgen Klopp is doing a great job with the Anfield outfit, but the Reds will have to be at their sharpest in the remainder of the season if they are to win their first Premier League trophy since 1990. Mohamed Salah is still the team’s key player, but both Sadio Mane and Roberto Firmino will surely play important roles in Jurgen Klopp’s team in the second half of the season.

Manchester City dropped a number of points in the first half of the season, but they are still considered one of main favourites to win the national championship. Pep Guardiola has a number of top-class players to choose from and his rotation policy could prove to be his advantage over fellow contenders for the trophy. Kun Aguero has found his goal-scoring touch of late and there is every chance Gabriel Jesus will remain in his shadow in the second half of the season. Anyhow, the Etihad Stadium outfit are capable of defending their title.

Over the years Tottenham have established themselves as one of the best sides in England. Spurs are enjoying yet another successful season and they are on the right track to book their place in the Champions League. Mauro Pochettino’s troops are dreaming about the Premier League title as well, but seeing that key players Harry Kane and Dele Alli suffered injuries, we do not believe that the capital club will clinch their first domestic trophy since 1961.

Seeing that Chelsea struggled in front of goal in the first half of the season, the club chiefs decided to sign Gonzalo Higuain in the January transfer window. The Argentine striker scored a brace on his Stamford Bridge debut against Huddersfield Town and there is every chance he is going to help Maurizio Sarri’s team improve offensively. Eden Hazard is still considered the team’s key player, but the Blues need to keep on improving their game if they are to secure a top-four finish.

Arsenal continue to struggle in matches against top-table sides and despite the fact that they were scoring goals for fun in the first half of the season, Unai Emery’s troops are likely to represent England in the Champions League next season. Manchester United have been impressive ever since Ole Gunnar Solskjaer took over the reins, meaning that they should not be written off speaking of the race for a place in the elite competition.

As for the survival battle, Fulham and Huddersfield Town just can’t find their best form and it is no surprise they are considered main favourites to suffer relegation to the Championship at the end of the season. Burnley and Cardiff City will find it difficult to survive in the English top flight as well.

Published on Apr 16
Odds are subject to change