Free Bets
Antwerp vs Genk Prediction was posted on: August 18, 2021 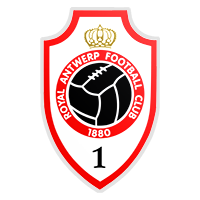 Lior Refaelov is an Israeli footballer playing as an attacking midfielder for the Belgium giants with whom he has been a mainstay since his arrival in 2011. Rafaelov began his career at Maccabi Haifa where he played 161 league appearances and scored 30 goals before moving to Belgium.

The experienced 30-year-old Israel international has made his senior debut for his country in 2007 and has since earned over 30 caps for Israel. Lior Rafaelov is a player of vast international experience despite the fact Club Brugge are his first and so far only club in Europe.

The 30-year-old attacking midfielder is a major force upfront who has scored six times during Brugge’s Europa League campaign in 2014-15, while he also scored the winner in the Belgian Cup final to earn his club a first trophy in eight years. Last season Rafaleov repeated the feat, having scored in the 2016 Belgian Cup Final, but it wasn’t enough for Club Brugge to avoid getting defeated 2-1 to Standard Liege.

Published on Sep 19
Odds are subject to change