Our prediction for this Champions League match: 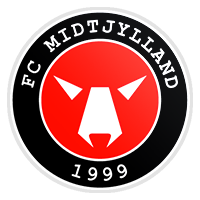 Son to an Ukraininian-born artist Sergei Sviatchenko, the 24-year-old defender Erik joined Celtic in January 2016. His transition to the Scottish giants have been alleviated by Celtic’s signing of his girlfriend Rudmose, who signed for The Bhoys women’s team in February this year.

Erik Sviatchenko began his professional career at FC Midtjylland in 2009, where he had been a starter in almost all of his appearances for the club. Key player for Midtjylland, Sviatchenko helped them to Danish title in 2014-15 as we as in securing progression to the last 32 stage of the UEFA Europa League the following season. After seven years at the Danish side, Sviatchenko moved to Celtic on a four-year deal.

He has so far made 14 league appearances for Celtic, but still got the chance to wear the captain’s armband in May. Due to dual citizenship Erik Sviatchenko was eligible to play for Ukraine, but he agreed to a call-upfor the Danish national team in 2015. He has so far earned only five caps for his country.