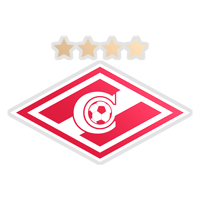 This games is cancelled.

This games is cancelled.

Roman Zobnin is a talented Russian footballer who was born in Irkutsk on February 11, 1994. Zobnin played for the likes of Zvezda Irkutsk and Konoplyov football academy during his youth career, while starting his senior career Akademiya Tolyatti.

In 2013 Dynamo Moscow chiefs brought him to Arena Khimki and he played for the capital club from 2013 to 2016, scoring two league goals for the White-blues during that period. Roman Zobnin then moved to Spartak Moscow and he has been playing for the Krasno-Belye ever since. His main position is central midfield, but he is capable of playing as both attacking and defensive midfielder as well.

Roman Zobnin made his debut for the Russian national team in March, 2015 in a friendly game against Kazakhstan. It has to be noted that his older Aleksandr Zobnin was also a professional footballer. Roman Zobnin has a contract with Spartak Moscow, which expires in June, 2020.

Leipzig are a professional football club founded in 2009. Die Bullen (The Bulls) were unbeaten in the 2012/2013 Regionalliga Nordost and, as a result, they secured promotion to the 3. Liga. After finishing the 2013/2014 as 3rd. Liga campaign in second place in the standings, Leipzig were promoted to the 2. Bundesliga and they competed in the German second tier for two seasons.

Despite suffering a loss to Karlsruher on the last day of the 2015/2016 round in the 2. Bundesliga campaign, die Bullen secured promotion to the Bundesliga for the first time ever. Leipzig play their home games at Red Bull Arena (42,959) and it has to be noted that the stadium was opened in 1954.

Die Bullen wear white shirts and red shorts while their away kit is blue and yellow. Ralph Hasenhuttl was appointed as the team’s manager at the end of the 2015/2016 season and you should know that the likes of Ralf Rangnick, Achim Beierlorzer, Alexander Zorniger, Peter Pacult, Tomas Oral and Tino Vogel were in charge of the team in the past as well.

AS Roma vs Feyenoord Prediction

Published on May 23
Odds are subject to change