Free Bets
Feyenoord vs Heracles Prediction was posted on: September 7, 2021 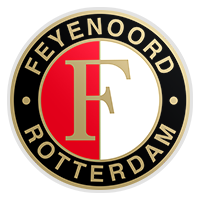 After spending four years at Feyenoord, Leroy Fer joined FC Twente in 2011. On 13 July, 2013 Norwich City chiefs closed a four-year deal with Fer for a fee in the region of £4.4 million. The Dutch midfielder made 30 appearances for Norwich and he scored three goals for the Carrow Road outfit.

Following Norwich’s relegation from the elite division, the highly rated footballer went on to join Queens Park Rangers at the end of the 2013/2014 campaign. The Dutch footballer scored eight goals in 48 appearances for QPR, but on 1 February 2016 he was sent on loan to Swansea City. Fer made his move to Swansea permanent five months later.

Leroy was born on 5 January, 1990 in Zoetemeer, Netherlands and he is 188 cm tall. His parents are originally from Curacao and his father Lesley was a baseball player. Speaking of his individual awards, Leroy Fer was named Rotterdam Talent of the Year in 2008.

Heracles is a professional Dutch club based in Almelo. The club was formed back in May 1903 and named after Heracles, the demigod son of Zeus. From 1974 to 1998 the club played under the name of SC Heracles ’74. The Heraclieden’s home colours are black and white, while blue is the dominant colour of their away shirt.

Twente are considered one of the club’s main rivals in the Netherlands. Speaking of the club’s achievements, it has to be noted that Heracles have won two Eredivisie trophies (1926/27, 1940/41). In the 2011/12 season they made it to the Dutch Cup final. Heracles faced PSV in the title game, with the Dutch giants proving to be a big catch for the underdogs.

PSV won the game 3-0. In the 2016/17 season Heracles participated in the Europa League, with the team suffering elimination to Arouca in the third qualifying round. Everton is leading the club’s all-time goal-scoring chart with 77 goals.

Published on Jan 24
Odds are subject to change