Free Bets
Valladolid vs Almeria Prediction was posted on: April 12, 2022 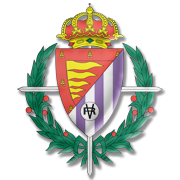 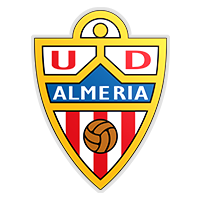 Moctar Sidi el Hacen is a Mauritania international, who started his youth career at ASAC Concorde. In 2014 he moved to Spanish side Levante, but it has to be noted that he made no more than two appearances for los Levantinos in La Liga.

El Hacen joined fellow Spanish team Real Valladolid in 2018, but at the start of his spell with la Pucela he played for the reserve team. The Mauritanian footballer made his La Liga debut for the senior team in the 2018/2019 season in a 1-0 win over Girona. Moctar Sidi el Hacen started pretty early with his international career, making seven appearances for the Mauritania national team before the age of 16.

El Hacen made his Mauritania debut in a goalless draw with Gambia on March 2, 2013. The Real Valladolid player was born in Nouakchott (Mauritania) on December 31, 1997 and his main position is central midfield.

UD Almeria is a Spanish club based in the autonomous community of Andalusia. Los Rojiblancos are one of the newer additions to the Spanish football system, with the club being founded on July 26, 1989.

Almeria suffered relegation to Segunda Division in the 2014/15 season, and they have been competing in the Spanish second tier ever since. Los Rojiblancos are well known for their white shirts with red stripes, while blue is the dominant colour of their away jersey. Sofiane Feghouli, Felipe Melo, Diego Alves, Veljko Paunovic, Aleix Vidal, Alvaro Negredo, Tomer Hemed, and Mate Bilic are some notable footballers who played for Almeria in the past. Fellow Andalusian clubs Sevilla, Malaga, and Granada are considered the club’s fiercest rivals.

The club’s biggest success in Copa del Rey came in the 2010/11 season when they made it to the semis of the prestigious competition. Nonetheless, Catalan giants Barcelona proved to be a big catch for Almeria in the Spanish Cup semi-finals.

Published on May 21
Odds are subject to change