Free Bets
Zaragoza vs Ponferradina Prediction was posted on: January 24, 2023 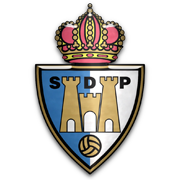 Born in Tbilisi, Georgia, on March 31, 1990, Giorgi Makaridze is a goalkeeper who plays for Vitoria Setubal in Primeira Liga. After starting his youth career at Dinamo Tbilisi, Giorgi Makaridze made nine appearances for Dinamo Tbilisi reserve team from 2006 to 2008. In 2009 the Georgian shot-stopper moved to Le Mans, signing a four-year contract with the French outfit for a fee of €85,000.

Giorgi Makaridze played for the likes of Doxa Katokopia, Feirense, Moreirense, and Rio Ave as well before joining Vitoria Setubal in 2019. The Georgian goalkeeper made his Primeira Liga debut on February 23, 2019, in a 1-1 draw with Vitoria Guimaraes.

The experienced shot-stopper managed to keep four clean sheets in 11 appearances for Vitoria Setubal in the 2018/2019 Primeira Liga season. Giorgi Makaridze has six caps for the Georgia U21 team, and nowadays, he represents Georgia at the senior level. The Vitoria Setubal goalkeeper wears the number 90 jersey.

SD Ponferradina is a professional Spanish club based in the El Bierzo region. Founded on June 7, 1922, la Ponfe compete in Segunda Division, with the team welcoming their rivals at Estadio el Toralin. The venue is pretty small, holding up to 8,400 spectators, and it was opened in September 2000.

Ponderradina’s main rivals are Deportivo Leonesa, with the two clubs facing each other in the Province of Leon derby. La Ponfe are well known for their white jerseys with blue strips. In the 2010/11 season Ponferradina did well to win the Castilla y Leon Cup, with the team beating UD Salamanca in the title game.

The likes of Jonathan Ruiz, Oscar De Paula, Samuel Camille, William Jebor, Yuri, Lucas Dominguez, Francisco Prieto, Nabil Baha, and Dmytro Khomchenovskyi are the notable footballers who played for the club in the past. Each of one them made 100 or more appearances in the league for Ponferradina.