Free Bets
Frosinone vs Como Prediction was posted on: August 30, 2022 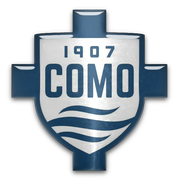 Francesco Zampano is a product of Sampdoria’s youth school. The pacey full back, who is capable of playing as a midfielder as well, began his senior career at Entella, making 51 league appearances for the club between 2011 and 2013. At the end of the 2012/2013 campaign he moved to Verona, but he was immediately sent on loan to Juve Stabia.

The Italian footballer, who was born in Genoa on 30 September, 1993, has three caps for Italy U20, but he has yet to make his debut for the senior team. His contract with Pescara expires on 30 June, 2020.