Free Bets
Parma vs Cosenza Prediction was posted on: August 23, 2022 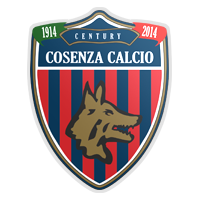 Gianluigi Buffon is a legendary Italian goalkeeper. The 191-cm-tall shoot-stopper was born in Carrara, Italy on 28 January, 1978 and he began his senior career at Parma. After making 169 league appearances for the Gli Emiliani, he joined Juventus in 2001 and he has been playing for the “Old Lady” ever since.

Buffon is regarded as one of the best goalkeepers in the history of football and he won seven Serie A trophies with Juve. In 2006 he helped Italy clinch the FIFA World Cup trophy as they defeated France on penalties in the title game. He managed to keep no less than five clean sheets at the showpiece tournament in Germany.

Buffon set a number of records and it has to be noted that he is a goalkeeper with most number of clean sheets and penalty kicks saved in the Serie A. His mother Mara Stella was a discus thrower, while his father Adriano was a weightlifter. Gigi’s contract with Juve expires on 30 June, 2018.