Free Bets
Juventus vs Spezia Prediction was posted on: August 29, 2022 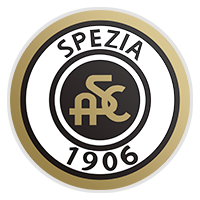 Over the years Leonardo Bonucci has established himself as one of Juve’s key defenders. The 190-cm-tall centre back, who is capable of playing as a right back as well, was born in Viterbo on 1 May, 1987 and he started his senior career at Inter. However, he made no more than one league appearance for the Nerrazzurri between 2005 and 2009.

After ending his loan spells with the likes of Treviso and Pisa, he joined Bari in 2009 and he scored one goal in 38 league games for the club. Juventus signed him in July, 2010 for a fee of €15.5 million. Leonardo Bonucci won his fifth Scudetto with Juve in the 2015/2016 season and he played in the 2014/2015 Champions League final against Barcelona. However, the Bianconeri were beaten by Barca in the title game.

Bonucci made his Italy debut on 3 March, 2010 and two years later he participated in the Euro 2012 final against Spain. The Azzurri were hammered by Vicente del Bosque’s troops 4-0 in the Olympic Stadium clash.

Spezia is a professional Italian club based in Spezia, Liguria. The Bianconeri secured promotion to the Serie A in the 2019/20 season, with the team beating Frosinone in the Serie B playoffs final. Spezia are well known for their black and white home jerseys, and black is the dominant colour of their away kit.

The club’s home ground Stadio Alberto Picco has the capacity of 10,336 people. The venue was opened back in 1919, with architect Gregotti being in charge of the project. In 2002 the club chiefs decided to reach an agreement with Inter which saw Spezia become Inter’s feeder club.

As a result, the likes of Goran Pandev, Aco Stojkov, and Alex Cordaz joined the Bianconeri in the first season. Spezia then suffered a bankruptcy, but in 2008 they were re-founded. In the 2020/21 season the Bianconeri will compete in the Italian elite division for the first time ever.