Free Bets
Torino vs Lecce Prediction was posted on: September 2, 2022 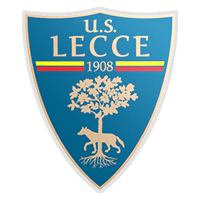 Andrea Belotti began his youth career at Grumellese at the age of 10 and after spending three years at the club, he joined Albinolefe in 2006. As expected, he made his senior debut for the club on 10 March, 2012 and it has to be noted that the Italian striker scored 14 goals in 37 league appearances for the Seriani. Belotti, who was born on 20 December, 1993, joined Palermo on loan in 2013 and in July, 2014 the Sicilian outfit turned his loan move to a co-ownership.

The Italian attacker scored 16 goals for Palermo in 62 league appearances for the club and on 18 August, 2015 he signed a deal with Torino for a fee of €7.5 million.

Three months later he scored first goal in the Italian top flight for Torino and he helped the team record a 2-0 win over Bologna. Andrea Belotti has 18 caps for Italy U21 and he scored nine goals for the team.