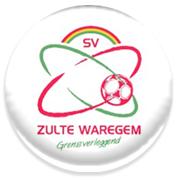 Saido Berahino was born on 4 August, 1993 in Bujumbura, the capital of Burundi. He began his senior career at West Bromwich Albion at age 17, but in the 2011/2012 he was sent on loan to Northampton Town. After ending his loan spells with Brentford and Peterborough United in 2012, the right-footed attacker returned to the Hawthorns.

Berahino impressed in the 2014/2015 Premier League campaign, with the English striker scoring 14 goals in 38 appearances for the team. At the end of the season he was on the verge of joining Tottenham Hotspur, but he eventually stayed at the Hawthorns.

Berahino has yet to make his England debut, but he scored ten goals in 11 appearances for England U21 team. It is well known that Berahino is a Manchester United fan. In 2015 he founded his own charity foundation which helps disadvantaged people in Great Britain improve the quality of their lives.

Over the years Zulte Waregem have established themselves as a top-table side in Belgian Super League. The Essevee are a product of a partnership between Zulte and Waregem and it has to be noted that Zulte Sportief were founded back in 1950.

Zulte Waregem impressed in the 2012/2013 Belgian Super League campaign, with the team finishing the process in second place in the standings, only four points behind champions Anderlecht. As a result, the Essevee booked their place in the Europa League group stages, but despite recording victories over the likes of Maribor and Wigan Athletic in Group D the Belgian side eventually failed to advance to the knockout stages of the European competition.

Published on Mar 2
Odds are subject to change