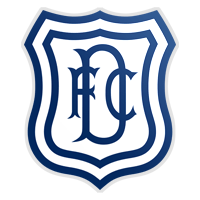 In 2016 he made seven appearances in the league during his loan spell with Clyde. McMann, who represented both Scotland U16 and U17 teams in the past, wears the number 3 on his shirt. The right-footed defender made his Scotland Premier League debut with Hamilton in a 1-0 win over St Mirren on May 23, 2015.

The Scottish footballer scored his first goal for the club in a 3-1 win at Clyde in the League Cup on July 17, 2019. Scott McMann wears the number 3 jersey at Hamilton Academical.

Established on May 24, 1909, Dundee United Dundee United is a Scottish club that competes in the Premiership. The Terrors play home games at Tannadice Park, the stadium with the capacity of 14,223 people. They are well known for their orange jerseys and black shorts, while violet is the dominant colour of their away kit.

Dundee United returned to the Premier League in 2020 as they were leading the standings when the 2019/20 season was cancelled due to the coronavirus pandemic. The likes of Miodrag Krivokapic (Yugoslavia), Prince Buaben (Ghana), Ryan McGowan (Australia), Jan Talesnikov (Israel), Morgaro Gomis (Senegal), Dusan Pernis (Slovakia), and Orjan Persson (Sweden) are some international footballers who played for Dundee United in the past.

The club’s main rivals are Dundee, with the two teams facing each other in the Dundee derby. It has to be noted that Dundee stadium Dens Park is located virtually next door to Dundee United’s home ground.