Free Bets
Malaga vs Mallorca Prediction was posted on: May 4, 2021 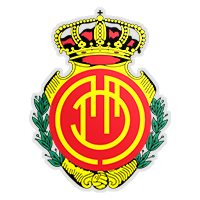 Thanks to a win over Deportivo La Coruna in the 2018/2019 Segunda Division play-offs final Mallorca secured promotion to Primera Division. Los Bermellones returned to the Spanish top flight following a six-year absence. Over the years Mallorca have turned their Estadi de son Moix into a real fortress, with the team producing much better showings at home than on the travels.

Opened in June 1999, the venue can hold up to 23,142 people. The club based in Balearic Islands are well known for their red shirts with one black stripe and black shorts. Mallorca’s away colours are white and red. Former Barcelona and Inter ace Samuel Eto’o is undisputedly the most notable footballer who played for the club.

Back in 1999 Mallorca made it to the UEFA Cup Winners’ Cup final, with the team suffering a 2-1 loss to Lazio in the title game. Four years later los Bermellones won Spanish Copa del Rey, which is considered the club’s biggest success.

Published on May 6
Odds are subject to change