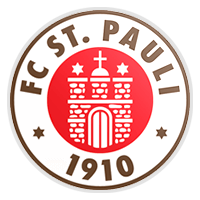 Marco Reus is a German football player who was born on 31 May, 1989. The pacey attacking midfielder, who is capable of playing as a winger as well, started his senior career at Rot Weiss Ahlen and it has to be noted that he made 43 league appearances for the club in lower leagues.

In 2009 he signed a four-year contract with Borussia M’gladbach and he scored his first Bundesliga goal against Mainz on 28 August, 2009. After impressing with the Fohlen in the 2011/2012 Bundesliga campaign, he joined Borussia Dortmund at the end of the season. He has been playing for the Millionaires ever since and he represents Germany on the international stage as well.

However, he was more than unfortunate to miss the 2014 FIFA World Cup with injury when Joachim Low’s team lifted the prestigious trophy. To make things even worse for Marco Reus, he was forced to withdraw from the Germany Euro 2016 squad as well (injury). The German ace has a contract with Borussia Dortmund which expires on 30 June, 2019.

1909 by eighteen footballers from Dortmund. Die Schwarzgelben (The Black and Yellows) play their home games at Signal Iduna Park, but the stadium’s original name is Westfalenstadion. The capacity of Borussia’s home ground is 81,539 and it has to be noted that the stadium was opened in 1974. BVB have the highest average attendance in the world of football.

However, the club’s biggest success came in 1997 when they outplayed Juventus in the Champions League final. Karl-Heinz Riedle scored a brace for BVB in the 3-1 win over Juve, with Lars Ricken finding the net in the title game as well. Borussia’s biggest rivals are Schalke 04 and the two teams square off against each other in the Revierderby.