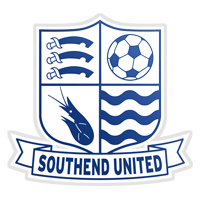 After spending his youth career at Tredworth Tigers and Birmingham City, Dom Bernard signed a professional deal with the Blues. However, he did not see any game action with Birmingham City at the senior level as he was instantly sent on loan at Aldershot Town.

After making 35 appearances for the Shots in the league, Dom Bernard joined Forest Green in the summer of 2019. He made his debut with the Green Army against Oldham Athletic on the opening day of the 2019/2020 season. Bernard, who quickly established himself as a first-team regular at Forest Green, has one cap with the Republic of Ireland U18 team while making two appearances with the U17 team.

He was born in Gloucester, England on March 29, 1997, and he wears the number 3 shirt at Forest Green. His main position is right back, but he is capable of producing fine performances as a centre-back as well.

Nicknamed the Shrimpers, Southend United are a League One club which is located in Southend-on-Sea, Essex, England. Southend United were founded back in 1906 and have been wearing dark blue shirts and shorts ever since.

The colour of their away shirt is sky blue, with the team wearing black shorts when playing on the travels. Roots Hall is the club’s home ground, the venue which was built in 1952 and opened three years later. The capacity of the stadium is 12,392. Fellow Essex team Colchester United are seen as Southend United’s biggest rivals. The two clubs were in the race for top position in the League One in the 2005/2006 season, with Southend eventually winning the battle.

Southend United recorded their biggest ever win in the 1934/1935 season, with the team rolling over Golders Green 10-1 in the FA Cup. The Shrimpers suffered their biggest defeat in the 1965/1966 season when they were beaten by Brighton 9-1.

Published on Feb 5
Odds are subject to change