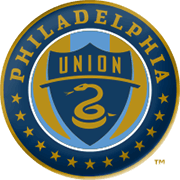 Andre Blake is a Jamaican goalkeeper who plays for MLS club Philadelphia Union. Blake was born in May Pen, Jamaica, on November 21, 1990, but he went to the UConn college in United States of America. The 193-cm-tall shoot-stopper spent three years playing college football and in 2014 he signed a professional contract with Philadelphia Union.

Andre Blake made his debut for the U in July 2014 in a friendly game against Crystal Palace and he played his first MLS match against Montreal Impact. Speaking of his international career, the goalkeeper made his Jamaica debut on March 2, 2014 in a 2-0 victory over Barbados. Later that year Andre Blake won the Caribbean Cup with the Reggae Boyz as they defeated Trinidad and Tobago on penalties in the title game.

Over the years Blake has established himself as a first-team regular and, no doubt, there is a bright future ahead of him. The Philadelphia Union shoot-stopper wears the number 18 on his shirt.

Toronto is a club based in Canada, but they have been competing in Major League Soccer since 2007. Maple Leaf Sports & Entertainment own both the soccer club and National Hockey League’s Toronto Maple Leafs. BMO Field is the club’s home ground and the capacity of the stadium is 30.000.

The Canadian outfit impressed in the 2016 MLS Cup and they faced Seattle Sounders in the title game at BMO Field. However, the Canadians were more than unfortunate not to lift the silverware as they were beaten by the Sounders on penalties.

Speaking of the Canadian Championship, Toronto FC won their fifth domestic title in 2016, with the team beating Vancouver Whitecaps in the final of the tournament. Montreal Impact are considered the club’s biggest rivals and there have always been fireworks in meetings between the two Canadian sides. Toronto FC’s home kit is red and it is no surprise they are nicknamed the Reds. It has to be noted that the club was founded back in 2005.