Free Bets
SPAL vs Venezia Prediction was posted on: April 5, 2021 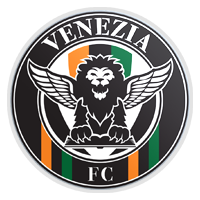 Etrit Berisha is an Albanian goalkeeper born on 10 March 1989 in Prishtina, and he has become an important player for the Albania national team over the years. After starting his youth career in his native country, Berisha joined Swedish side as a youngster and he quickly managed to prove his worth on senior level, making 90 league appearances and even scoring 3 goals from the penalty spot.

The impressive displays in Swedish Allsvenskan earned him a lucrative move to Lazio in the summer of 2013, and he has since been vying with Federico Marchetti for a starting berth at Stadio Olimpico, making almost 40 league appearances during the first three years at the club. Berisha has also performed well for the Biancocelesti in Coppa Italia and Europa League, while helping Albania qualify for their first ever European Championship finals.

The talented goalkeeper spent every minute on the pitch during team’s successful qualifying campaign, making sure his name will be written in the Albania national team history books.

Published on Apr 23
Odds are subject to change